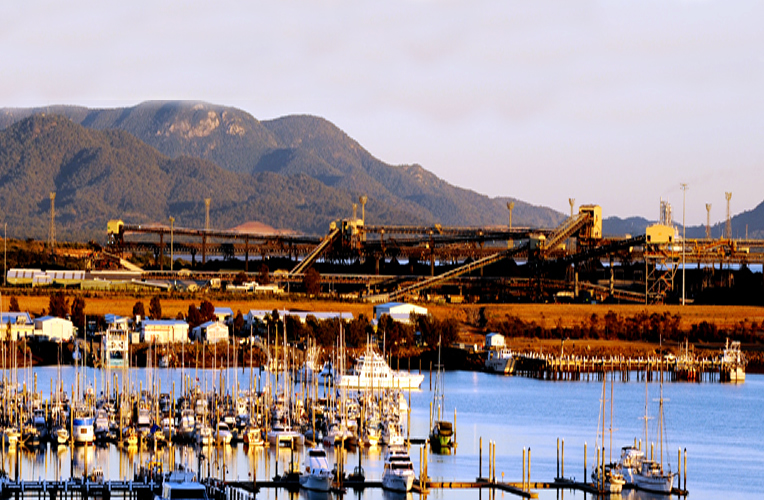 Gladstone Ports Corporation has known about the algal bloom and increased sediment from its infrastructure works for more than two years but only in recent weeks has it made the reports publicly available.

It said it still believed that heavy flooding was the primary cause of the outbreak of fish disease in 2011, as established by a scientific review.

However, the just-published 2011 report says it is “possible that harmful algal blooms may have been a possible contributing factor in the fish disease syndrome”.

“Scientists can only work with the data which is provided to them,” Dr Landos said.

“The full data now seriously contradicts the conclusions of the state and commonwealth that floods were to blame.

“Given the serious nature of the ‘new’ information that is now in the public realm, another independent review of the science around causes of Gladstone ecosystem crisis seems warranted, in addition to an inquiry into the decision-making around information control during the project.”

The head of the scientific panel for the state’s review, Ian Poiner, confirmed that the algae reports were not available at the time of its review into fish health and said he had not studied them in detail to determine whether they contradicted the official finding that the marine-health issues were related to flooding.

A spokeswoman for GPC, whose dredging project is essential for the development of the Curtis Island liquefied natural gas plant, said the reports were made available to the federal government’s independent review panel, which was requested by UNESCO.

The Weekend Australian revealed plans by GPC to dump 12 million cubit metres of dredge spoils into the Great Barrier Reef World Heritage Area have been blocked by Canberra. The spoils from the dredging of a second sea lane will now be used to reclaim land in Gladstone Harbour.

Gladstone Harbour was closed to fishing in September 2011, following reports from commercial fishermen in August that many fish were showing signs of disease. The ban was lifted but commercial fishermen continued to report high numbers of turtle, dugong and dolphin deaths.

GPC said it commissioned the special water-quality report in October 2011 after higher turbidity readings were recorded during this period, “due to extreme tidal movements, high wind conditions and the porosity of the bund wall”.

The report finds “highly turbid waters were most likely created in September/October 2011 due to the addition of fine sediments derived from the overly porous bund wall and dredge-related operations”.

It said organic matter comprised a large proportion of the total suspended sediments measured in October 2011, suggesting an algal bloom, particularly in the Western Basin area of the harbour. “Several potential harmful algal species were identified, which have previously been associated with fish kills.”

An analysis of the algal bloom by Larelle Fabbro, from Central Queensland University, found three algal types, including Chaetoceros, had previously been associated with fish kills.

“The spines of this diatom spear into the gills and can result in significant damage,” the report says.

“The sequence of injury is by initial penetration of the silica spines into the fish gills, capillary bleeding or the production of excessive quantities of mucus leading to death by suffocation.”

Associate Professor Fabbro told The Australian it was a condition of her research that she not make any public comment.

But the 2011 report says “the finding of potentially toxic algal species was also of note in light of the fish disease syndrome which was being concurrently investigated in Port Curtis”.

“A number of fish, particularly barramundi, had previously been presented in Port Curtis with lesions, rashes and excess mucous production with the syndrome being the focus of a separate independent investigation,” it says. “Therefore it is possible that harmful algal blooms may have been a possible contributing factor in the fish disease syndrome.”

GPC has confirmed that the water quality reports for September and October 2011 were not made publicly available until September this year.

But it said all relevant reports had been made to all government departments and relevant agencies.

It said the key finding was that research indicates an algal bloom was present in August 2011 prior to the start of dredging with the cutter-section dredge.

“Several potential harmful algal species were identified, which had been previously associated with fish kills,” it said. “The algal species identified were not uncommon for the Port Curtis area, for that time of year.”

It said an independent panel had concluded that, based on all data available, the most likely cause of fish health issues were flood-related.